skip to main | skip to sidebar

Interesting article in the Independent today. It's about Victorian mugshots so not related to France but it does discuss some of the principals of Bertillonage that I discuss in chapter two of my dissertation. I think that it's pretty interesting how little has changed in terms of our assumptions that a person can be judged criminal based on their outward appearance. Andrew O'Hagan wrote a very good article for the Times on this subject, which I have referred to in my dissertation. You can find the link to his article here.
Posted by Melinda Hawtin at 07:49 No comments:

Here is a link to my dissertation. It focuses on representations of prisons in contemporary French photography. The first chapter discusses whether or not the prison can be represented in photography and focuses on some of the visual taboos of the prison whilst questioning whether an image can represent reality. The second chapter considers forensic and police photography and the implications that this type of photography has for creating an understanding of a criminal type and reproducing a sort of confinement. The third and fourth chapters are specifically focused on the themes of prison photography and concern the prison architecture and representations of inmates respectively. In the fourth and final chapter I have also included an analysis of the ethical problems of representing the prison.

The photographers that I have referred to throughout this dissertation are as follows:

Query (1975), cited in Images of Incarceration: Representations of Prison in Film and Television Drama by David Wilson and Sean O’Sullivan, 2004.

The vast majority of people will never set foot inside a prison, even in the capacity of a visitor, so our impressions of prisons are formed by representations that are constructed in the exterior. Government reports, articles in the press and first-hand accounts, such as autobiographies, are available to the public but very few people will take advantage of this information. Most people are likely to form their opinions of prison from art, film and television and however inaccurate these depictions are, they form a basis of knowledge for most people. Images of Incarceration: Representations of Prison in Film and Television Drama by David Wilson and Sean O’Sullivan suggests that people tend to form their opinions based on a middle ground i.e. a happy medium between light hearted prison shows and disturbing dramas. Photography often represents this middle ground and, as I have explained in an earlier post, it is frequently falsely accepted as a direct reconstruction of reality. The images seem realistic enough and we welcome them as such. However, can art ever really capture reality? I have mentioned before that the need for it to be aesthetic and for it to demonstrate the photographic skills of its author prevent it from being wholly truthful. Furthermore a photograph is just a photograph. It is of a fleeting moment and the spectator can observe it for however long or as briefly as they wish, so how can it convey the trauma and the boredom of being imprisoned? Also how can an artist with limited personal experience claim to be representing something? The artist doesn’t experience imprisonment in the same capacity as the prisoner. He will always be constructing his images from an exterior perspective no matter how much time he spends in the prison, so his reality will invariably differ from that of an inmate. Perhaps, as Images of Incarceration: Representations of Prison in Film and Television Drama suggests, art too just sets the limits of plausibility.

Posted by Melinda Hawtin at 05:42 No comments:

Besides punishment, rehabilitation and reintegration are the principal goals of imprisonment. Whilst sentimentalising prisons is not necessarily always a wise approach, perhaps it plays an important part in easing the prisoner back into society. Artists that are more compassionate in their depictions of prisoners could be seen to be supporting this. If prisoners are portrayed negatively in art and in the press then their reinsertion into society is made all the more difficult by the impact that these images have on the exterior world. De-humanising images of prisoners will only allow the public to distance themselves further from inmates, thus making reinsertion impossible. Artists who try to portray a more sensitive and human side to prisoners influence public opinion towards attempting to understand inmates and this, in theory, should make it easier for them to eventually reintegrate into society.

Posted by Melinda Hawtin at 04:26 No comments:

The Context of the Image and Sentimentalising Prisons

The Times ran a recent article that discussed images of well known killers in terms of whether their faces could betray the nature of their crimes. The article argued that when images of the killers are released to the public everyone tends to agree that there is something in their faces that is recognisable as the trait of a murderer but that if this were indeed true, crimes could be foreseen and prevented. Everyone is familiar with these images of convicted killers and in conjunction with the knowledge of their crimes we conclude that evil is visible and distinguishable on their faces. 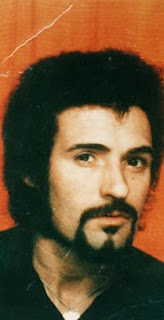 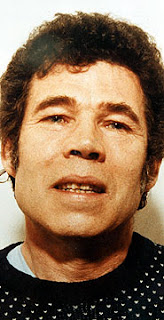 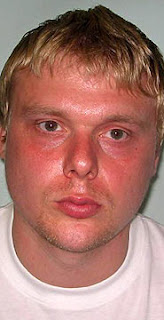 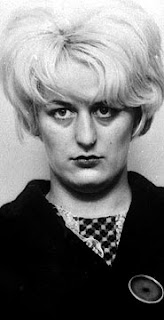 Philippe Bazin’s images are reminiscent of mug shots. However it seems as though his images are intended to evoke sympathy and portray the humanity of the prisoners rather than re-affirm that there is somehow a difference in the way we look that allows us to distance ourselves from perpetrators of abhorrent crimes. 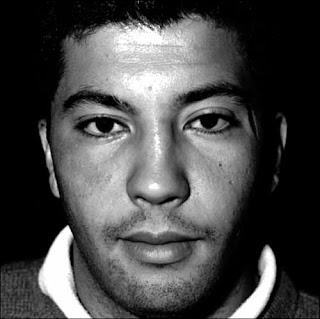 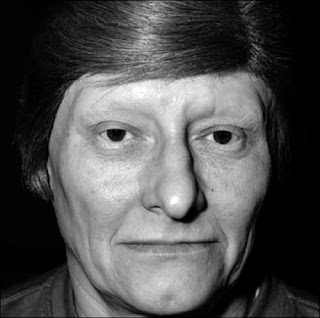 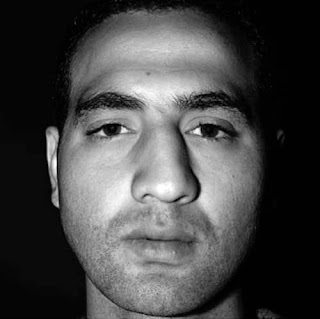 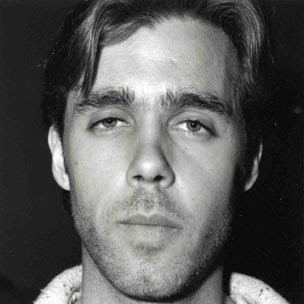 Philippe Bazin - Détenus
In fact in his series Détenus, the images of prisoners are so unremarkable that the spectator even empathises with them. Would this be true if we were made aware of the crimes they had committed? Or would their previously ordinary faces take on a more sinister air?

Is it right for artists to sentimentalise about prisoners? No matter what may have contributed to their reasons for being in prison, the vast majority deserve their punishment so it seems strange and rather naive that artists like Bazin are so keen to portray the humanity of inmates. I’m not suggesting that they demonise them instead but monochrome, close-up images of prisoners could be seen to be over romanticising the prisoner somewhat.

Posted by Melinda Hawtin at 09:40 No comments:

Typology and the Truth in Prison Photography

“The tremendous development of photojournalism has contributed practically nothing to the revelation of the truth about conditions in this world. On the contrary photography, in the hands of the bourgeoisie, has become a terrible weapon against the truth”. Brecht
(from 10th anniversary issue of A-I-Z magazine, quoted in http://choppedliver.info/pdf/unconcerned.pdf by Adam Broomberg and Oliver Chanarin)

Much of the art photography and photojournalism that concentrate on prisons seem to adhere to a set typology. The images are often black and white and grainy; anguished faces stare out at the spectator and seductive framing gives the images a gritty-beautiful air. 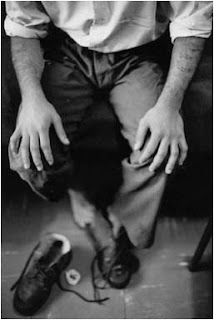 Klavdij Sluban 1995-2005 Entre Parenthèses, Adolescents en Prison
Artists such as Klavdij Sluban in Entre Parenthèses, Adolescents en Prison and Jean Gaumy in Les Incarcérés epitomise this much used style and although their images are beautiful they are so frequently repeated in prison based art and photojournalism that their resonance is lost on a spectator numbed by uniformity. The repetitive nature of prison art raises other questions, such as what is the role of prison photography? Is it to inform the spectator or is it to satisfy a bourgeois desire for voyeurism? The Guardian coined the term “prole porn” in response to the enormous amount of middle class interest generated by the Karen Mathews affair whereby the middle classes became fascinated by this situation that was worlds apart from their own. Is prison photography just another way of providing the public with further voyeuristic insights into an unfamiliar world? Does it necessarily have to be accurate or is entertainment its goal? I also wonder whether the “otherness” of prison life is emphasised by photographic effects. By removing all colour from the images and creating a style that resembles real life but which is closer to art, does the photographer distance the spectator from the persons depicted in order to satisfy the interested middle classes but at the same time reassure them that this is not them? Or are the reasons behind this typology less cynical? Mathieu Kassowitz claimed that his decision to shoot La Haine in black and white was influenced purely by aesthetics. Perhaps it is also the case for prison photographers but in those circumstances, as with any instance where a motive exists, there is an inevitable untruth.
Photography is often accepted as documentary evidence of an event that has taken place however, it must be questioned whether the image is giving a faithful representation of said event. Valerie Jouve suggests that « la photographie est encore considérée comme le miroir de la réalité » (photography is still considered to mirror reality) but this is a risky assumption and rarely an accurate one, especially in respect to art photography and photojournalism. Rex Bloomstein, a well known documentary film maker who has concentrated much of his filming on prisons, asserts that truths are undermined by artifice and thus refuses to use artistic effects and music in his films. Similarly the impact of the photograph as documentary evidence is perturbed by artistic stylisation. When looking at typical prison photography (as demonstrated by Sluban and Gaumy) the expectation of their truthfulness must be placed under scrutiny. In concentrating on the beautification of the image do artists disrupt the subject of the photograph? Is seems likely that the importance of the subject of the photograph is undermined by the desire to stylise and beautify the image. The “truth” that is being photographed is being eroded away by techniques; stylisation and staging that transform the image into a piece of art (and/or propaganda in support of the artist’s motivations?) rather than documentary evidence of circumstances within the prison. Take, for example, Jean Gaumy’s image of a prisoner.

It is likely that in an encounter with the prisoner he would appear unremarkable yet Gaumy’s framing techniques, the lighting and the lack of colour, not to mention the possibility of it being staged, give the subject a fragile air and render his image beautiful. Gaumy worked closely with prisoners at many prisons in France and many of his photographs seem to be trying to convey a sense of the humanity within these spaces. Yet the stylisation in his images means that as spectators we must be mistrustful of whether he is representing truth or whether his own motivations are causing him to distort the image to satisfy his own ends and persuade the spectator to share his opinions. Any level of artifice within the photograph interrupts the idea of the photographer as invisible and the photograph as evidence.

If we are to accept Bloomstein’s conjecture that artifice undermines the documentary perhaps the most honest kind of images are to be found in amateur photography. In April 2009 a pair of inmates in the French prison Fleury-Mérogis smuggled a camera into the prison and filmed an illegal documentary. The images are crude but uncontrived. Their simplicity appears to testify to their honesty and these images seem to be representing the inner workings of the prison as they are, without the distorting aesthetics that we see with art photography and photojournalism. There is a sense that the spectator is seeing things exactly as they are seen by the person doing the filming and surely this is the definition of documentary. So if amateur photography is the closest representation of reality, does art photography serve any purpose as documentary evidence or should it only be considered in terms of its artistic value?

Melinda Hawtin
I am a UK post-graduate research student and am specifically focussing my research on representations of prisons in French contemporary photography.